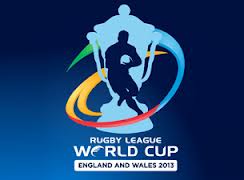 The choir will be appearing at Wembley Stadium on Saturday 23rd November as part of The Rugby League World Cup semi finals, known as The Big Hit. Over 120 members of the choir will be singing as part of the pre-match entertainment including “Heroes”, “Delilah” and their single “I Wish For You The World” with Alistair Griffin amongst other crowd pleasers,  as well as the four anthems of the semi finalists. It’s going to be quite some day……