Alistair Griffin on his Foodbank Tour 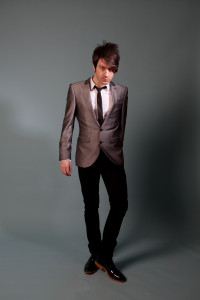 On a lovely August evening, armed with carrier bags of assorted provisions to donate to the local Foodbank, more than a dozen of the Games Maker Choir set off for sunny Chiswick High Road and the King George IV pub, where not only did we consume large amounts of home made pie and delicious home made sorbet, but where we were lucky enough to see Alistair Griffin, Leddra Chapman and Hardactors (the support duo) perform at the first night of Alistair Griffin’s Foodbank Tour in support of The Trussell Trust.

We formed an orderly (eventually) section of the audience and having listened to Hardactors, a talented duo, who are shortly releasing an EP, we were treated to the beautiful and distinctive voice of Leddra Chapman.

When Alistair opened his set we were absolutely thrilled to hear his gorgeous arrangement of I Wish For You The World which we sang with him in December last year.  We were tempted to come in with a bit of “Wish, Hope, You” backing, but restrained ourselves!!

We left with a feeling of joy, and with several items of Griffin merchandise including jars of Alistair’s prize winning home made lemon curd!!

Another great get together with the GMC family.

Check www.alistairgriffin.com for more about Alistair Griffin. The single can be downloaded online at Amazon or iTunes